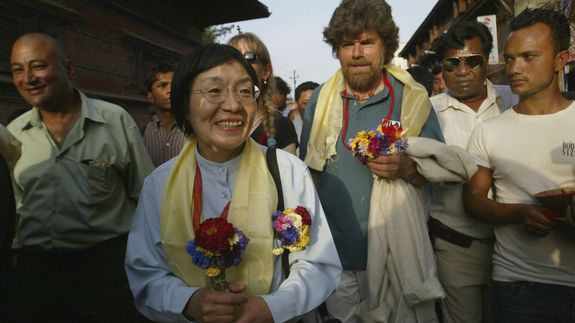 Sunday's Google Doodle celebrated the feats of Junko Tabei, the first woman to reach the ceiling of the earth by scaling Mount Everest, on what would have been the legendary climber's 80th birthday.

Born Sept. 22, 1939, in Miharu, Japan, Tabei and led a team of Japanese women to the top of Mount Everest in May 1975. Her Everest adventure broke ground not just as the first woman to summit the mountain but for the cultural statement it made in her home country.

In a 2012 interview with the Japan Times, Tabei said, “Back in 1970s Japan, it was still widely considered that men were the ones to work outside and women would stay at home... Even women who had jobs — they were asked just to serve tea. So it was unthinkable for them to be promoted in their workplaces.” Read more...

LG, Vizio, Sony, and more of the best TV deals this weekend