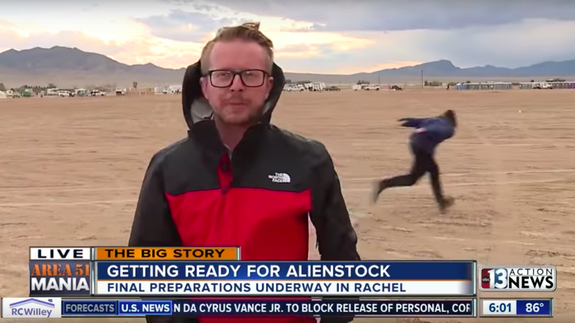 Pack up those tin foil hats, because it seems like everyone is Naruto-running down to Area 51 to see them aliens.

Inspired by the viral Facebook event "Storm Area 51, They Can't Stop Us All", about 500 people actually showed up to the small town of Rachel, Nevada, which is the closest thing anyone will get from actually stepping on the U.S. Air Force base.

Instead, people are flocking to Alienstock, which could either be a beautiful celebration of our extraterrestrial brethren, or the next Fyre Fest. We'll see how it goes.

But some attendees are getting into the spirit of the original meme, evidenced by this ABC Action News 13 report. In the midst of the reporter discussing those who've camped out for the music festival, a kid whips past him, Naruto-running into the distance. Majestic.  Read more...

These surprise iOS 13 features will make your iPhone less annoying

Lime will shut down its car-sharing service in December